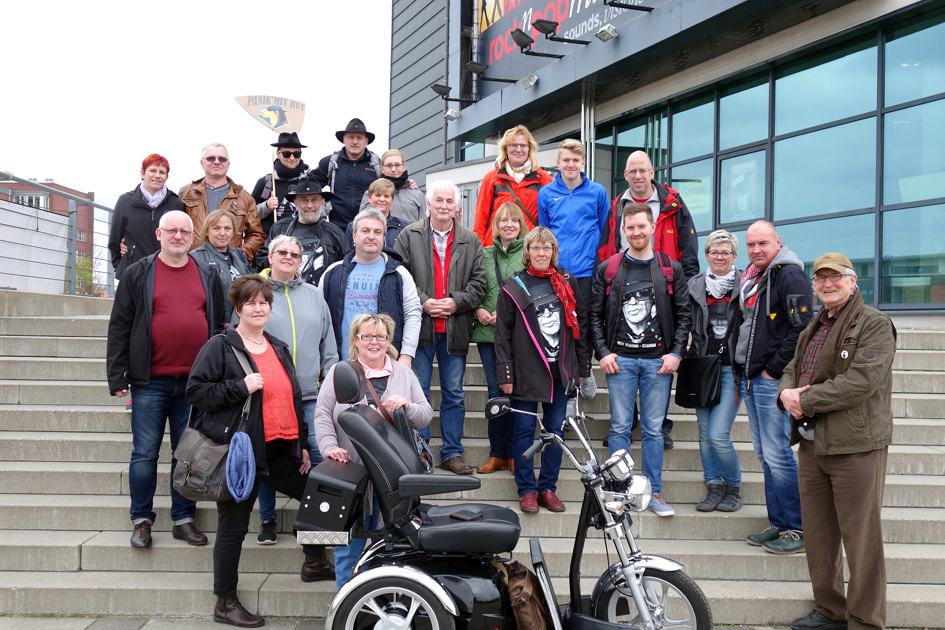 An artist’s history - music history - German history as illustrated by our town, the birthplace and town of Udo Lindenberg's early years.

Lasting around three and a half hours, including a break and an opportunity to drink some egg liqueur (advocaat), the tour starts at the rock'n'popmuseum at Udo-Lindenberg-Platz 1 (where else?) in Gronau’s central Inselpark.

Stops include a talk about the town’s history at the pyramid - childhood home - kindergarten and school. First gigs in the municipal park, then in the dance halls and other venues in Gronau. A prim course in ballroom dancing in the swinging sixties. And later from Milchbar through Ponybar to the Mustangs to Münster - all accompanied by music, of course. In addition, Hanspeter Dickel shows previously unseen and unheard footage.

Only those who have experienced the original sites connected with Udo’s songs, who have heard eye witnesses and delved into his childhood world on the river Dinkel can really understand how this little kid could become the rock legend and work of art that is Lindenberg.

The walking tour takes about two hours, interrupted by seven crossing and side stops. Later on, there will be more photos and videos - enriched by intimate accounts - at “Lila Eule”, of which Udo also has vivid memories.

Dates, further information and tickets for the Historical Panik Tour are available exclusively from Hanspeter Dickel at www.hanspeter-dickel.de

Participants of the Historical Panik Tour will get a reduction on the admission fee for the rock'n'popmuseum when presenting their tickets.