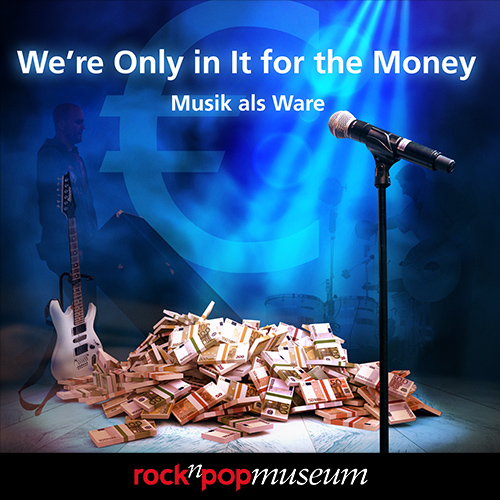 The exhibition WE’RE ONLY IN IT FOR THE MONEY – MUSIC AS A COMMODITY embarks on an exciting journey behind the scenes of a complex and globally-operating music industry, looks at what happens off-stage, during album production and at how music is presented in the media. Because the network of all the different players – consisting of producers and users, of legal frameworks and contracts – can often appear obscure to the untrained eye. In six thematically arranged areas (live, recording media, digitalisation, production and contracts), the exhibition presents the huge diversity of the music industry, shows the important lines of development but also the dramatic breaks, and in doing so covers almost 150 years of music industry history. 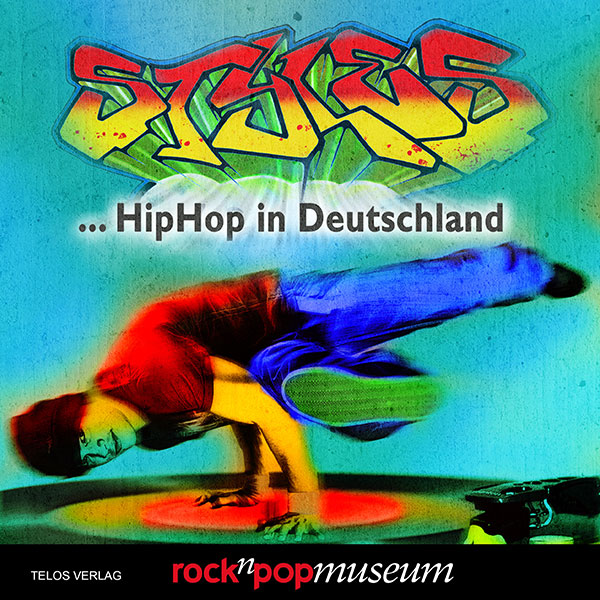 Hip-hop – a pop music revolution. With its roots in the ghettos of the New York Bronx in the 1970s, hip-hop culture quickly advanced to become the alternative to gang violence and drug-related crime.

The familiarity with the ghetto culture remains to this day. In the current public perception, however, one stylistic element dominates: rap as a synonym for hip-hop. DJing, graffiti and breaking are no longer clearly linked to the hip-hop culture. STYLES – HIP-HOP IN GERMANY documents the US-American and German hip-hop history, while also referencing its identity-giving power, global presence, cultural diversity and, not least, its importance in social work with youths.

Contributions from scientists, journalists and scene protagonists paint a vivid and multifaceted picture of this culture, whose untamed power may only be comparable to that of punk rock. 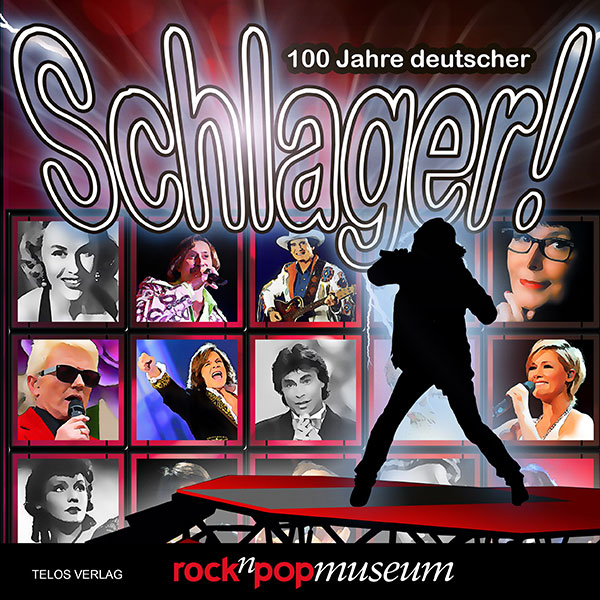 Black-white opinions and provides impressively colourful insight. It narrates the over one-hundred-year-old history of the successful German-language songs, not only from a scientific point of view, but also with reference to the German East-West divide.

An extensive chapter with interviews takes a closer look at stars such as Bibi Johns, Michael Holm, Klaus Lage and Dieter Thomas Kuhn, while also focussing on producers and managers operating in the background. Their astonishing candour gives us an unprecedented insight into the actual business processes of the schlager and its stage shows. The artists’ stories create a multi-faceted image that represents the history of this genre, a history that has rarely been told with this degree of authenticity and intimacy. 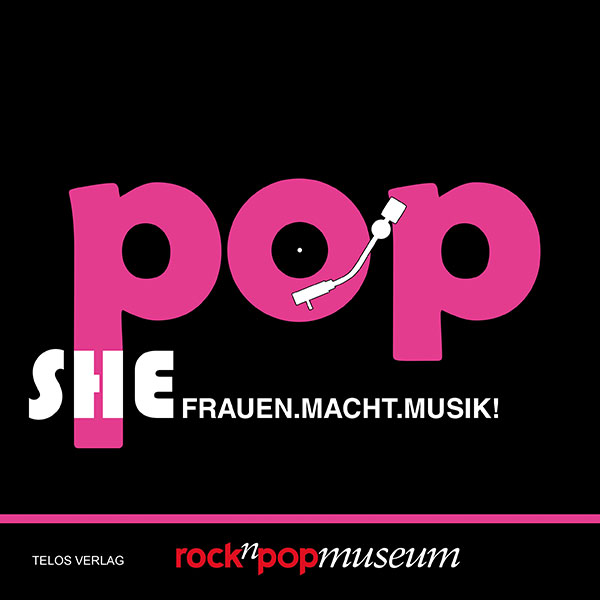 The catalogue allows you to delve into a piece of rock and pop history that has been characterised by a highly diverse range of musicians and activists. The focus lies on the musical, cultural, creative and organisational activities of everyone involved in the three areas “before”, “on” and “behind the stage”. The catalogue takes stock of the difficulties and the successes of decades of battles for emancipation and self-assertion in a very direct and true-to-life way.

This is not “the definitive” history of women in popular music. Instead, it highlights typical stories of women in different phases, genres and work / art situations. There are singers and dancers from the 18th and 19th century, women’s bands, punk and riot grrrls, DJanes and those who want to eliminate the cultural category of sex, e.g. in queer or gaga feminism. The catalogue includes articles by Sheila Whiteley, Anette Baldauf & Katharina Weingartner, Rosa Reitsamer, Birgit Richard and Diedrich Diederichsen. 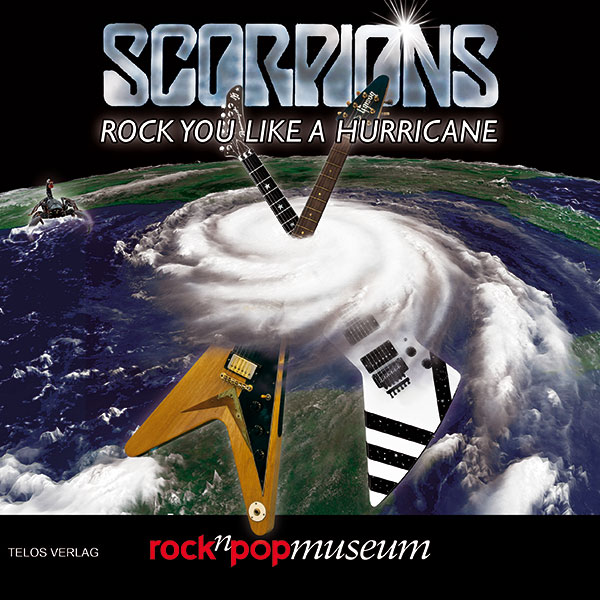 For a good forty years they have been travelling the world’s stages and rocking their fans like a hurricane. No other rock band from continental-Europe has been more successful. From power ballads to heavy metal, they master every facet of the genre. With “Wind Of Change”, they wrote the soundtrack for the fall of the Berlin Wall, met with Mikhail Gorbachev in the Kremlin. Now, they are on their farewell tour and are once again thrilling their loyal and word-perfect fan community around the globe.

The exhibition and book were developed in close cooperation with the band. The contributions from Klaus Meine, Rudolf Schenker and Matthias Jabs are based on interviews, which were carried out exclusively for this publication. The contribution from Uli Jon Roth, the lead guitarist in the band in the1970s, deals with the band’s early years. Didi Zill, the renowned Bravo photographer and editor of numerous illustrated books about the big names in the rock business, accompanied and photographed the band during their performance at the legendary Moscow Music Peace Festival, 1989. Thus, this bilingual piece of exceptional authenticity was created, providing new insights into the Hanover band – it is sure to hold a few surprises, even for diehard fans. Those who are not that familiar with the band will come to recognise the incredible jewel that set out from Lower Saxony to conquer the Mount Olympus of the rock music world. Readers will find it difficult not to be sucked into this hurricane. 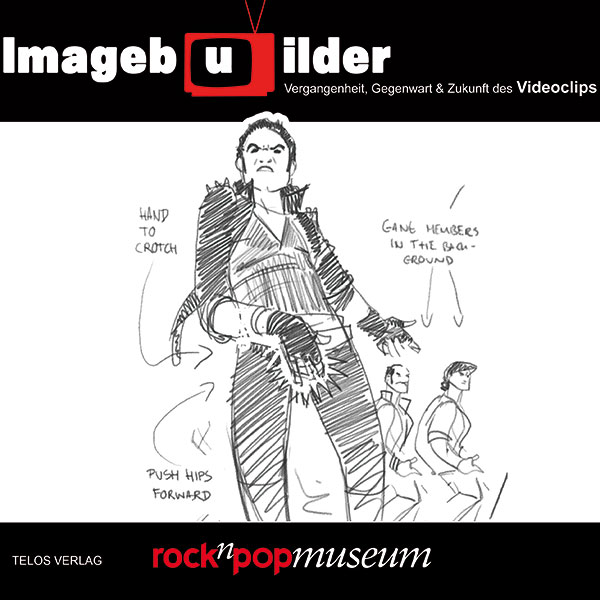 Imageb(u)ilderVideoclips: For a good two decades, they had the monopoly over popstar images, and the music industry paid fortunes so as to promote stars such as Michael Jackson. But, together with the music industry, the genre of the music video also began to weaken: these days, big budgets are only available to a few exceptions, e.g. Lady Gaga. How did this happen, what’s coming next? This catalogue offers new, sometimes surprising answers to these questions. In addition to scientific contributions on the history of video clips, its distribution via MTV and the specific build-up of artists’ images, experts give deep insights into their creative work, which has made video clips what they really are – true works of art! 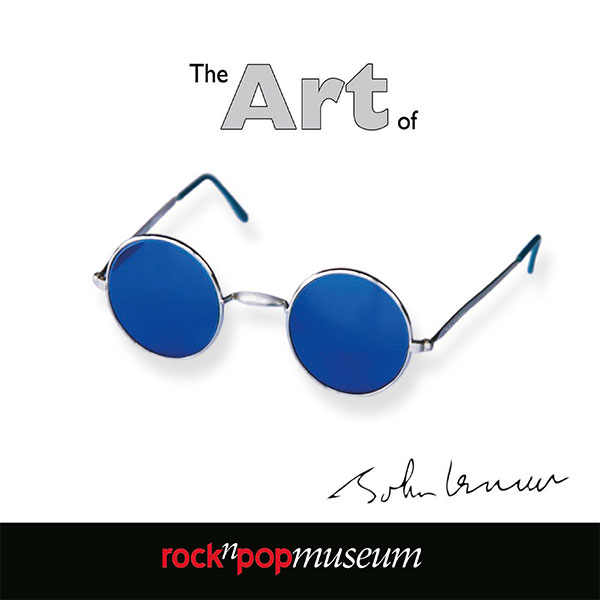 THE ART OF JOHN LENNON

The Art of John Lennon On 8 December 1980, the life of a man who had deeply moved millions of people with his music was brutally ended. For nearly two decades, he had entertained and politically inspired a whole generation.

The catalogue and the eponymous exhibition at the rock’n’popmuseum explore one of the most significant and enigmatic personalities of the rock business – John Lennon. The milestones of his life offer an impressive insight into the continual balancing act that was the life of the genius Lennon, which tragically came to an end, just as he appeared to settle in normality.

Quotes, song texts and Lennon’s art also show the darker sides of a life that was played out predominantly in the stage-managed limelight. These first-hand uncommented documents create an almost distressing intimacy with the artist.

A CD with original recordings of John Lennon and his wife Yoko Ono widen the scope of this book and increase its authenticity. 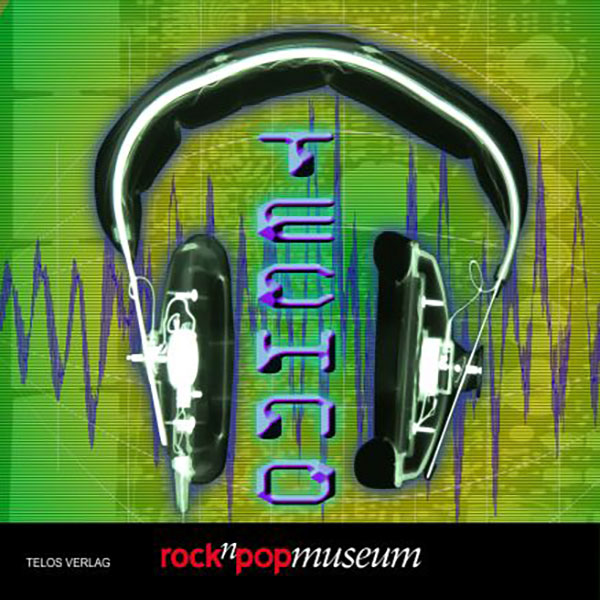 TECHNO – A VIEW BACK TO THE FUTURE

It’s already been 20 years, yet it’s all still fresh in our minds. Two decades ago, a revolution in popular music pushed itself into the limelight: techno. For a whole century, scientists and avant-garde musicians had puzzled over how to help electronic music make its break-through. But instead of wearing engineers’ lab coats, techno followers went bare-breasted and wore S&M leather thongs. Many reasons for the rock’n’popmuseum to take a closer look.

However, we more than scratch the voyeuristic surface. Contributions from those who pulled the strings backstage paint an intimate picture of the scene. A blend of scientific contributions and memories from scene insiders gives us an immense and exciting insight into this world. It is also an audio tour of discovery. The included CD “Supercity” is a power medley of the incredibly colourful scene of electronic music that has come out of the Ruhr city of Essen. 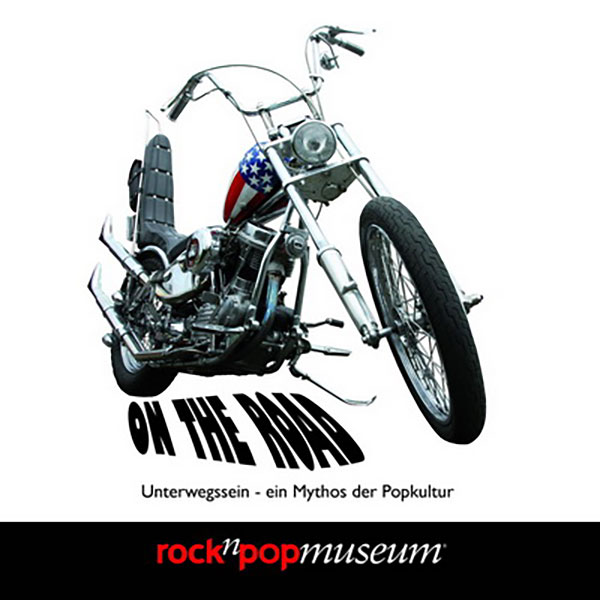 ON THE ROAD
A POP CULTURE MYTH

On The Road The promises of the road are diverse. Opportunity and danger rolled into one. Being on the road is the opposite of quiet, bourgeois settledness. Going on the road seems a touch rebellious.

The special exhibition catalogue deals with the numerous facets of this complex topic, e.g. how it is reflected in films, literature and, of course, in music.
Renowned experts on the topic offer a deep insight into the history and meaning of clichés, image building, realities and also the absurdities of it all. Their contributions breathe life into the “fascination of the road”, the myth becomes real:

“moving – is the closest thing to being free” (Willie Nelson).